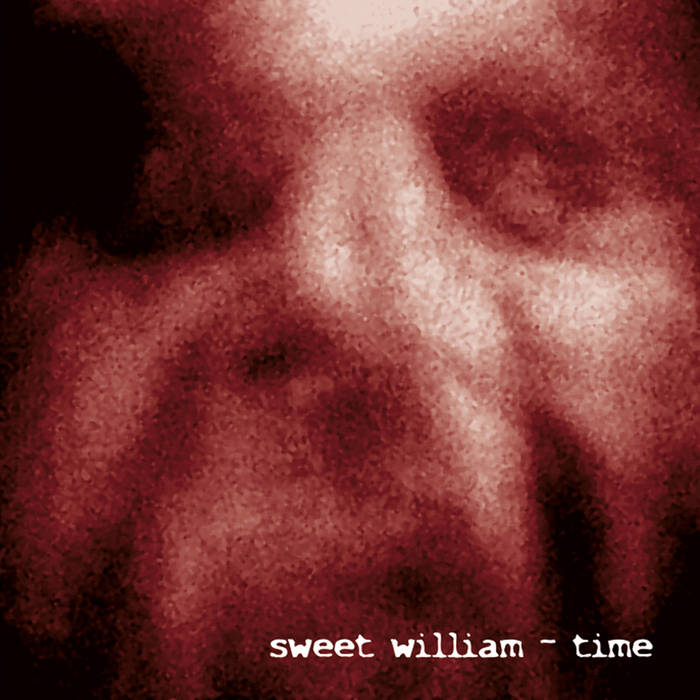 D-Monic Label Information :
Celebrating its 30 years of existence, the german cult act Sweet William offers us a brand new album consisting of 15 tracks. It is probably the most personal and emotional album Sweet William has ever released, the songs are cold, melancholic but still open towards the light.
This is a real masterpiece, coming out in a very nice digisleeve. ​

Get your CD copy with all tracks here:
www.sweetwilliam.de

Content: “Time” is an eclectic work, which features the familiar goth-rock sound of Sweet William, but also opens a door to some experiments with psychedelic passages and other influences. The guitar playing is quite impressive on the darkest, gothic songs, and it also excels in the psychedelic. I sometimes get the impression of hearing an imaginary jam session between Joy Division and The Doors.

+ + + : “Time” is one of the most diversified releases by Sweet William I’ve heard. From pure and well-crafted dark guitar-gothic songs to psychedelic guitar play to more heavenly parts reminding me of The Cure to more evasive songs, this album has a lot to offer. Sweet William feels comfortable dealing with all different kind of influences, but the main strength is the guitar play. From typical dark and anguishing new-wave to psychedelic to fuzzy parts, Oliver Heuer is a talented musician. This is a mature production accomplished with delicate treatments like piano arrangements and electronic treatments. I also have to mention the great vocals’ production, which here again features a great diversity.
I don’t see real minus points to mention. From a very personal point of view I’m less excited by the softer and into melancholia sounding tracks.

Conclusion: I’m still convinced Sweet William is one of those bands that should have deserved more (international) recognition during their entire career. “Time” is a great goth-rock production featuring multiple cool songs.

Artist: Sweet William (@)
Title: Time
Format: CD
Label: D-Monic Records/Datakill Records (@)
Rated: *****
Now here's a band I haven't heard anything from in a really, really long time. Not their fault though. This German band was founded in 1986 by singer/guitarist Oliver Heuer, and has had dozens of releases since that time. I know I've heard them here or there before, but I can't remember when or where. I don't have time to walk their back catalog to catch up (more new releases keep pouring in every day) so I'll be primarily concerned with this one. From what I remember Sweet William was ensconced in the Goth-Punk-New Wave hybrid genre, and Heuer's vocals were a bit Nick Cave-like, while the music was reminiscent of The Cure and New Order. I also recall them being kind of raw too. Over time I think the band's sound was refined, and polished, and 'Time' reflects that. The band covers a lot of ground over 15 tracks on this album, and while not every one is a winner, there is still plenty to enjoy. The album starts out kind of weakly with the low-key "A Face Without a Name," but picks up steam as it goes along. "Funny" is a throwback to simpler times but has mood and groove. For some reason "Kind" reminds me of David Sylvian, perhaps more in the emotion department than anything else. Electro-techno elements burnish "Say Good Bye" and now we're cookin' with gas. "No Need To" has plenty of Goth atmosphere with its spooky theremin-like synth and understated, nearly moaned vocals. It also reminds me a bit of latter-day And Also The Trees. Nice guitar work too. "out of Here" is the first track with some real punch. This is the kind of stuff you'd expect from a good Goth band with 30 years of experience under its collective belt. They tone it down a notch with "Slowdown," a track with oodles of drenched in reverb psych atmosphere and seething darkness. "Room" is the epitome of '90s Goth, yet with a sort of twist. It will remind you of what you liked about Goth bands in the first place. "Yesterdays" is another strong song with a simple but memorable guitar riff and a nice chugging groove. Bet it goes over good live. "out of This Blue" has a very Nick Cave vibe to it. "Magic of The World" is an interesting number that instrumentally builds with layered sequenced synths a good 2.5 minutes before any vocals come in, and when they do, they're synth-processed. The lyrics are mainly the song title, and perhaps that's all that's needed here. The ironically titled "Slow" really isn't slow at all and has this great moving bass riff with vocals that ooze over the top like molten frosting on a burning cake. "My Ignorance" should have been a better song with a good beat and great guitar work but just falls short of being memorable lacking a potent hook. That's redeemed though with "Confusion Taking Over" a mind-bending gothy psych-out that's bound to leave an impression. It all ends on a "Summer Night," a song with a provocative groove, some nice unexpected changes to keep it interesting and a moody atmosphere.
Overall on 'Time' Sweet William exhibits a good degree of sophistication with effective arrangements, excellent use of keyboards and electronics and varied songs. Worthy as it's bound to grow on you and stay on the playlist for quite some time.